For some, waking up at 5 a.m. every day is just another necessary evil needed to get to work or class on time. For others, the thought of waking up before the sun even rises seems like an actual nightmare.

Since most of my shifts and classes begin between 10-11 a.m., I've had the privilege of being able to sleep in and hit snooze without much worry. Although the extra hours seemed great at the time, I would always wake with a guilty feeling looming in the back of my mind telling me that I could be doing more before the clock hits 12.

I decided to take on the bold and menacing task of waking up at 5 a.m. every day for a month. Yes, you read it right, a whole month. I was curious to see how productive I could be before noon, how my body would respond, and if I would feel tired at all throughout the day. After a long, trying 30 days, this is what I learned. 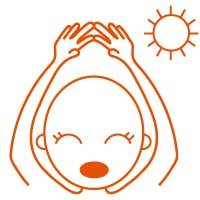 1. The hardest part is just getting up

And while this might seem obvious enough, I quickly learned that as long as I committed to the first step of just getting out of my bed, I could manage the rest. This means hitting “stop” on your alarm instead of snooze and actually exposing yourself to the discomfort of not being warm under your blankets. There were still yawns here and there, but it quickly subsided after drinking some tea and starting my work. Like most things, it got easier with each day.

2. You can get a lot done before noon

It's amazing what could get accomplished before lunchtime. For some of us (especially college students like myself), 12 is the time we wake up or have our first meal of the day—but imagine getting most of your work done before you even put some socks on. That leaves the rest of the day for yourself to either catch up on other work or just to relax. If you can get a lot of work done in the morning, you will no longer have to stay up late trying to finish everything.

Part of why this is so effective is realizing the sacrifice I had made to wake up early to do work instead of sleep. Since I was already up, I might as well get some work done and not let the hours I could spend sleeping go to waste. 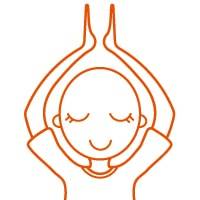 3. You have time to do things you don't normally do

When researching what others do at this early hour, I saw that many do yoga or write in their journal first thing. As someone who never really tried yoga or consistent journaling before, I thought I would give them a shot for the sake of the experiment.

What I noticed is that these activities made my morning a lot smoother and relaxing. It felt better to ease into my day instead of immediately turning on my computer and staring at a screen of work to do. It also made me look forward to these early mornings because I knew I could enjoy a slow start. Besides doing what you have to do, try adding in things that you normally wouldn’t do in your new routine.

You would think that waking up super early every morning would leave you absolutely exhausted for the rest of the day. Surprisingly, I was more energized than ever before, and this energy lasted me until the evening. Waking up at this time left me calmer and more motivated to get through my day. On the other hand, when I would wake up between 9-10 a.m., I would have energy fluctuations in the afternoon that I could only relieve with caffeine or a snack. 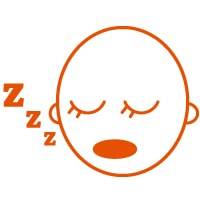 5. You start to go to sleep at a reasonable time

As a night owl myself, bedtime for me was anywhere between 11 p.m.-2 a.m., depending on how much work I had to do or how restless I was; however, when you’re waking up at 5 a.m. every day, sleeping for less than five hours doesn't cut it. After the first week, I started going to bed no later than 10 p.m.

While it felt strange, it was comforting knowing I was productive that day and would be tomorrow. Not only did my morning routine change, but my night routine did as well. By dedicating my mornings to work and the evenings to myself, my days felt balanced and relaxing through and through.

After my month of waking up early ended, I found my body naturally wanting to get up early. This routine had become second nature to me, and as much as I thought I would eagerly embrace some extra shuteye, waking up at 5 a.m. seemed more enticing. I leave this experiment with what I find to be a perfect balance: waking up between 7-8 a.m., going to bed early enough, and allowing for the occasional obliteration of the snooze button.

Will you challenge yourself to wake up earlier? Let us know in the comments. Drifting off to Dreamland: 5 Tips Inspired by CBT-I, the Therapy Type for Better Sleep

5 Morning Habits That Will Change Your Life

How to Master the Art of Falling Asleep Quickly

How to Capture the Best Fall Feelings